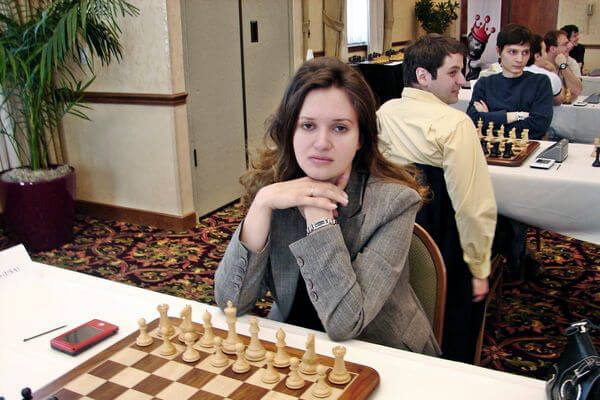 Chicago, Illinois
The 2006 Spring North American FIDE Invitational took place from April 18-22 inSchaumburg. GM Victor Mikhalevski of Israel went undefeated to score 7 ½ out of 9, for clear first in the strong GM-A section. Second and third places were shared by GM Yuri Shulman of the U.S. and IM Giorgi Margvelashvili of Georgia with 6 out of 9.

In the GM-B section the winner was GM Vitali Golod of Israel who parlayed 5 wins and 4 draws into victory, ahead of GM Dimitry Gurevich of the U.S., GM Vladimir Georgiev of Macedonia, and the promising young Canadian IM EricLawson with 5 ½. The IM-C section was dominated by Mexican GM Gilberto Hernandez who surrendered only two draws en route to 8 points and first place.

The MonRoi system was once again utilized to run this very prestigious tournament. All the participants used electronic Personal Chess Managers (PCM) to record game scores. These PCM’s were linked to the Professional Tournament Manager in order to generate pairings and bulletins automatically. All the games were viewable in real time at the MonRoi World Databank of Chess. Grandmaster Pascal Charbonneau provided instructive commentary on the games from round five on. This was a very closely fought tourney, and chess fans worldwide were able to watch every move of the battles online!

Sevan Muradian, tournament organizer and President of the North American Chess Association is very impressed with the product. “In my opinion the last game, between Mehmed Pasalic and Gauri Shankar is a clear example of how beneficial MonRoi Personal Chess Manager is to organizers, players and spectators alike. This  game, and others as well, reached a point where there was only two minutes left for both players. That’s when paper scoresheets usually become illegible and the game record is often lost for good. With this device that doesn’t happen. Not to mention that there are no wires hanging around for players, spectators, or tournament staff to trip over.”  MonRoi  congratulates all the participants in this fine event.