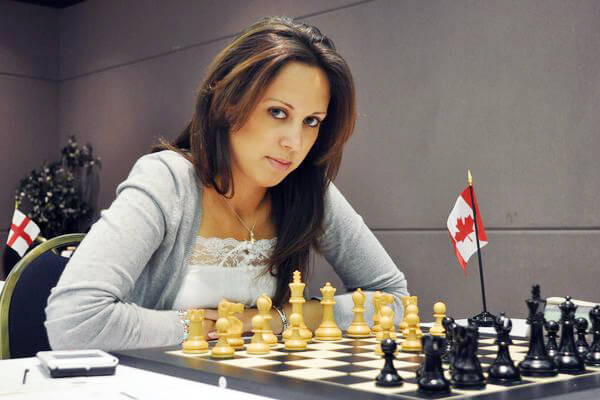 MonRoi is delighted with the positive feedback received after the 2009 Canadian Open Chess Tournament, which was held in Edmonton, Alberta, Canada. We thank the Canadian chess community and chess fans worldwide for their continued support. Below are a few comments from Chess Talk.

Alex Ferreira
Big Thanks to CO Organizers !
I played in this past Canadian Open and had an absolutely fantastic time. Definitely the best Canadian Open I've been at (2006-2009) so far. Everyone I had talked to about the 2005 CO, also held in Edmonton, said it had been an outstanding CO and that 2009 was not to be missed. They were right!

A big thanks to Micah Hughey and Vlad Rekhson, along with their team, who put on a fantastic show, and were always very helpful and professional. Everyone who I hanged out with seemed to have been having a terrific time overall, even if the chess results at times proved disappointing (got ourselves to blame really).

The website was easy to navigate, complete with results and pairings for the next round, always posted about one hour after the last game of the night was finished. Always great to have (and use!) monroi to record games and to view them afterward from home. Coverage was excellent with chessbase and terrific to have Shabalov annotate some of the top board games.

Not comparable to any other CO I've attended were the side events: 5 simuls, 4 lectures, blitz and bughouse tournaments. Shirov, Ganguly and Bluvshtein gave terrific lectures, which were very well attended, and Piasetski analyzed one-on-one with players who wanted an expert opinion on their past games where improvements could have been made. I took the opportunity to play in my first clock simul (1 hour per player) against Zhao Xue and learn a tough lesson in the black side of the Albin Counter Gambit. In the end she did some analyzes although advised me to select a more sound opening in the future All chess professionals were very friendly and approachable throughout the event, from what I witnessed.

The skittles room, although located a couple of floors above the playing hall on the other side of the hotel, was always full of life, with players of all levels doing post-mortems, including Adams and Shirov. The playing hall was high class, spacious with carpeted floors, washrooms immediately adjacent, inside the downtown City Centre, yet secluded from the noise. There was also a movie theatre 1 minute walk from the playing hall inside the mall.

The format was just one big swiss section, which I didn't mind and I know of many colleagues who were looking forward to playing against titled players. I can see how some masters may be disappointed by the lack of norm chances, especially if they were led to believe this was possible. However it would already be tremendously difficult if not impossible to reach a norm in 9 rounds swiss. One IM told me that a GM norm was completely out of the question, even before the tournament began.

I got the impression everyone was having a great time, again from those I came across, and am a bit surprised that some of the people who criticized this CO further down in chesstalk posts were not there. I am looking forward to anyone doing a better job and hope to be there too.

It seems to me that organizers (current or future) can learn a lot from the guys in Edmonton, who created the best festival / tournament I've been at. Provided I can get together the funds again, I'll definitely come back in future years.

A big thanks for a memorable vacation / experience.

Once again Thank You MONROI for many hours of pleasure during the Canadian Open.

Ken: I ditto that. Monroi is an innovator benefiting the global chess community. More tournaments in Canada should be covered, not fewer.

Yes indeed, thanks to MonRoi for their great work! We tend to take being able to watch live games for granted, but someone has to do all the hard work involved with getting them out. The technology is great and I wish it was in greater use.

Thanks MONROI for all the games transmissions to chess players. It was a real pleasure during the Canadian Open to watch them on our computers' screens. What a great event for Canadian Chess Players!!