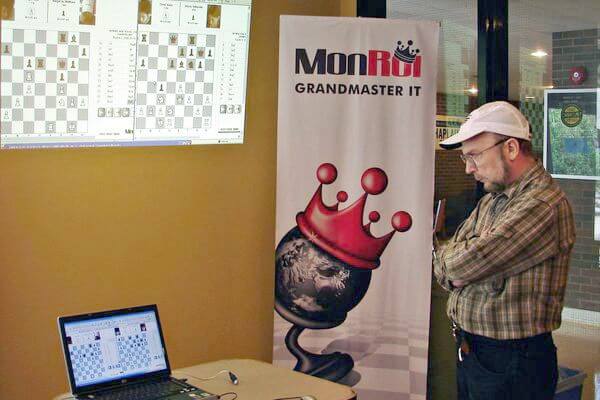 Toronto, Canada
The 39th annual High School Chess Championships took place from May 12-14 at St. Michael’s College at the University of Toronto. This event, which was first held in 1968, was organized by the Ontario High School Chess Association under the able supervision of two youthful Ontario chess organizers, president Wilson Chan and tournament director Jack Wong.

The Combined Team Champion was Upper Canada College, led by Brendan Fan with 4 points on 5 games, Daniel Wongwith 3 ½ and Adrian Kwokwith 3.  Upper Canada College took top honors in the Championship Team Standings as well, with Brendan Fan, Conrad Hoand Tyler Longo combining for 10 points.  The Championship Individual Standings finished with Brendan Fan in first, Matthew Bergeron of Ascension of Our Lord Secondary School in second and Neal Pan from Georges Vanier SS in third. Top Player Award for grade 12 went to Bhavik Patel; the grade 11 winner was Conrad Ho; in the grade 10 category Jeff Willms, from Rockway Mennonite Collegiate finished ahead of the field and in the grade 8 and under group Yelizaveta Orlova, who was also top girl, garnered the first prize. The Monroi system was implemented in the Championship section on all the boards. Without exception the players expressed their enthusiasm for the ease of use and recording accuracy of the Personal Chess Manager. Their games were projected on a big screen in the analysis room and broadcast live on the World Databank of Chess. Zeljka, Monroi customer support manager was impressed with the dedication of the participants. “There were many very talented children playing in this tournament. I was particularly impressed with their concentration at the board. I think the future looks bright for chess in Ontario .” MonRoi would like to congratulate all the winners and commend all the participants in this fine event. We look forward to seeing everyone again next year.